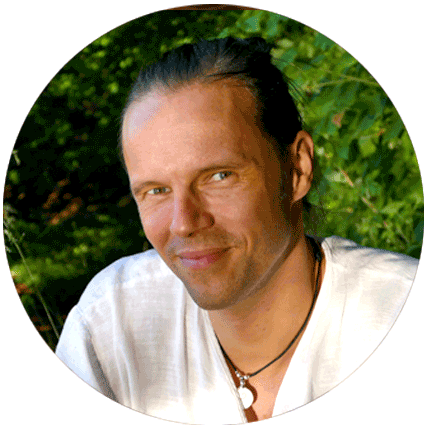 An early call towards exploring happiness, spirituality and holistic health led me on a life-long journey through a broad variety of teachings and traditions. Since finally becoming an “official” Yoga Teacher in 2008, I love sharing what has proven to being helpful for myself in classes, workshops, retreats, as well as Yoga Teacher Training programs across Asia, Europe, and North America.

Furthermore, I extend my gratitude to those teachers who have inspired me tons without us having met directly in person, such as Alan Watts, Osho, David Deida, Marshall Rosenberg, Byron Katie, Don Miguel Ruiz, Georg Feuerstein, B.K.S. Iyengar, Mantak Chia, Sally Kempton, Swami Lakshmanjoo, Joachim-Ernst Behrendt, Saint Francis of Assisi, and many more.

Aside from Yoga, I have studied naturopathic sciences, bodywork and massage, cranial-sacral- and hypnotherapy, and I have worked in the fields of Shamanism and Anthropology for quite some years. I am a certified Heilpraktiker since 2001 (the German version of Naturopath) and Acupuncturist since 2005. Travelling, playing a few musical instruments as well as underwater rugby and occasionally snowboarding and surfing are further big passions of mine.

I’m much looking forward meeting you 🙏🏼 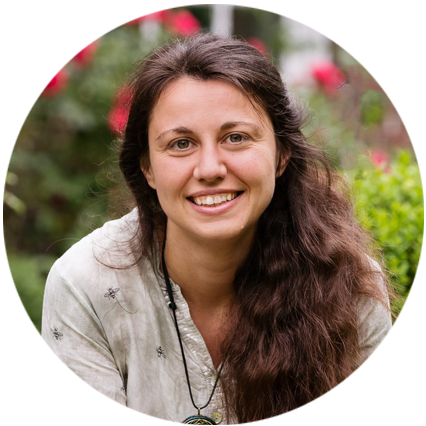 Since being a child I was fascinated with the mystical, esoteric and unseen aspects of our world. My inner calling began with tarot decks and crystal collections and then led me to more than a decade of Yoga practice and energy work. Thankfully I recognized this force to be the leading inspiration determining the decisions of my adult life.

After completing my MSc in Business Education and Pedagogy it became obvious that I did not want to climb the classical career ladder. Instead I chose to continue an inner exploration to discover the Self. Drawn to alternative education, I became involved in Free Democratic School projects in Bulgaria and Germany. I felt fulfilled that my occupation contributed to the much needed change in the world, allowing children to grow and express themselves authentically. Simultaneously the little girl within me understood that it is all right to follow the calling of her heart even as a grownup.

After gathering more trust and confidence, I made the step from employment to freelancing and allowed myself to be seen with my intrinsic flame and true heartfelt enthusiasm. Today I find contentment working with women and offer a Tantric self-development program called Woman in Love, which supports women connecting to their divine feminine and authentic sexual self-expression.

My first encounter with the Tantric traditions took place at a Tantra Massage Therapist Training, which included energy work, conscious touch, Tantric teachings and healing techniques. After these first glimpses into the wisdom of Tantra I felt fascinated and inspired to dive a lot deeper. With much curiosity and enthusiasm I explored various teachings, philosophies, workshops and trainings. I completed my Kundalini Yoga Teacher Training as well as the Tantra Yoga Teacher Training, which I am co-facilitating now. Further I absolved an extensive education in Nonviolent Communication after Marshall B. Rosenberg, and enrolled in a four year tantric training for shadow work and inner healing with the Aruna Tantra School.

Yoga has thoroughly cleansed my life and given me direction and determination on a more aligned soul path. It has helped me to reevaluate what I was doing and the occupations of my mind, enabling me to let go of everything that doesn’t bring fulfillment, growth and joy.

Being of service simultaneously is a blissful gift and a graceful challenge. I accept both with gratitude! 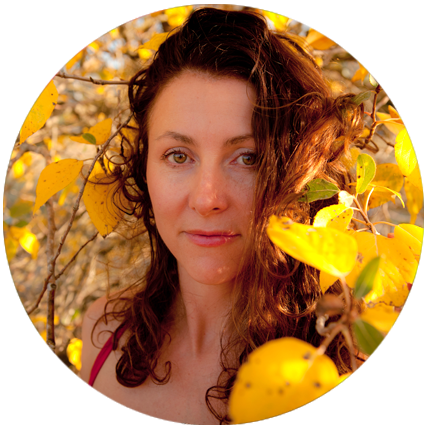 Naomi, a New Zealand native always had a pull towards the mysteries of life. She was lucky to be born into a family with parents that meditated, which gave her a deep sense of inner peace. After she left home she noticed her inner peace starting to dwindle, and she realized she needed to have her own spiritual practice. So she started on her spiritual journey, studying a range of spiritual and healing modalities such as Reiki, Massage, Meditation, Yoga the Art of living, Taoism, Vipassana etc, etc.

It was not until 2002 in India, that she discovered her true spiritual calling “Tantra”. From that day onward she was hooked. Her first teacher came from the Muktananda lineage, and he taught her the basics of Tantric kriya yoga, after this she went on to study Kundalini yoga participating in many white tantra workshops. Following this she studied for 5 years (24 levels) at a Tantra yoga school and became a Tantra yoga teacher. Since then she has explored Tao Tantra, Neo Tantra, Conscious relationships and shadow work among other things.

Her qualifications include being a: certified 500hr+ Kundalini and Tantra Yoga Teacher, a Mystical Dance Teacher, a Tao Tantric Arts Instructor, an Integrated Love, Sex and Relationship Coach and the co-founder of the Heart of Tantra Festival.

Naomi believes in living Heaven on Earth. She is passionate about creating transformative, empowering experiences that connect people to their true essence, opening them to deeper Intimacy with themselves, others and life.

She is humbly grateful to be of service.

Naomi will not be teaching in the upcoming Portugal TTC. She will offer Tantra Yoga classes and events in BC, Canada.